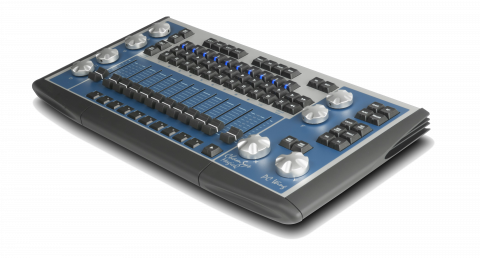 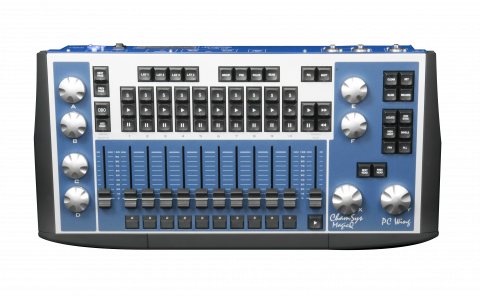 Free Saver Delivery on this item!

The MagicQ PC Wing Compact enables advanced show programming and playback through real faders, buttons and encoder wheels. It provides easy access to moving light parameters via the 8 rotary encoders, and live show control through the 10 playback faders and cue stack control buttons. In additional there are 2 fully patchable direct DMX outputs on the rear panel.

MagicQ is simple and easy to program, enabling really quick setup - you can be up and running your show in seconds. With unrivalled live editing and live timing options, impressive changes can be made live at the touch of a button - no need to spend hours programming complex effects.

MagicQ software offers powerful lighting control with loads of features that lighting designers have some to rely on, such as full lighting visualisation, pixel mapping, and HD media playback on up to 8 different layers, all integrated smoothly to streamline workflows, save time, and shorten learning curve.